And checked into the Riverside Caravan Park.  Nice sites, shaded in the morning.  It’s getting pretty hot here.  Lots of shopping to stock up for the next stage.

Next day, Rob led the troops on a spirited climb up the escarpment at Edith Falls. The climb was worth it.  A swim in the pool was very refreshing. Especially under the falls. Rob had some difficulty negotiating the rocky shore but was ably assisted by Rose. The round trip return walk had some excellent lookouts. 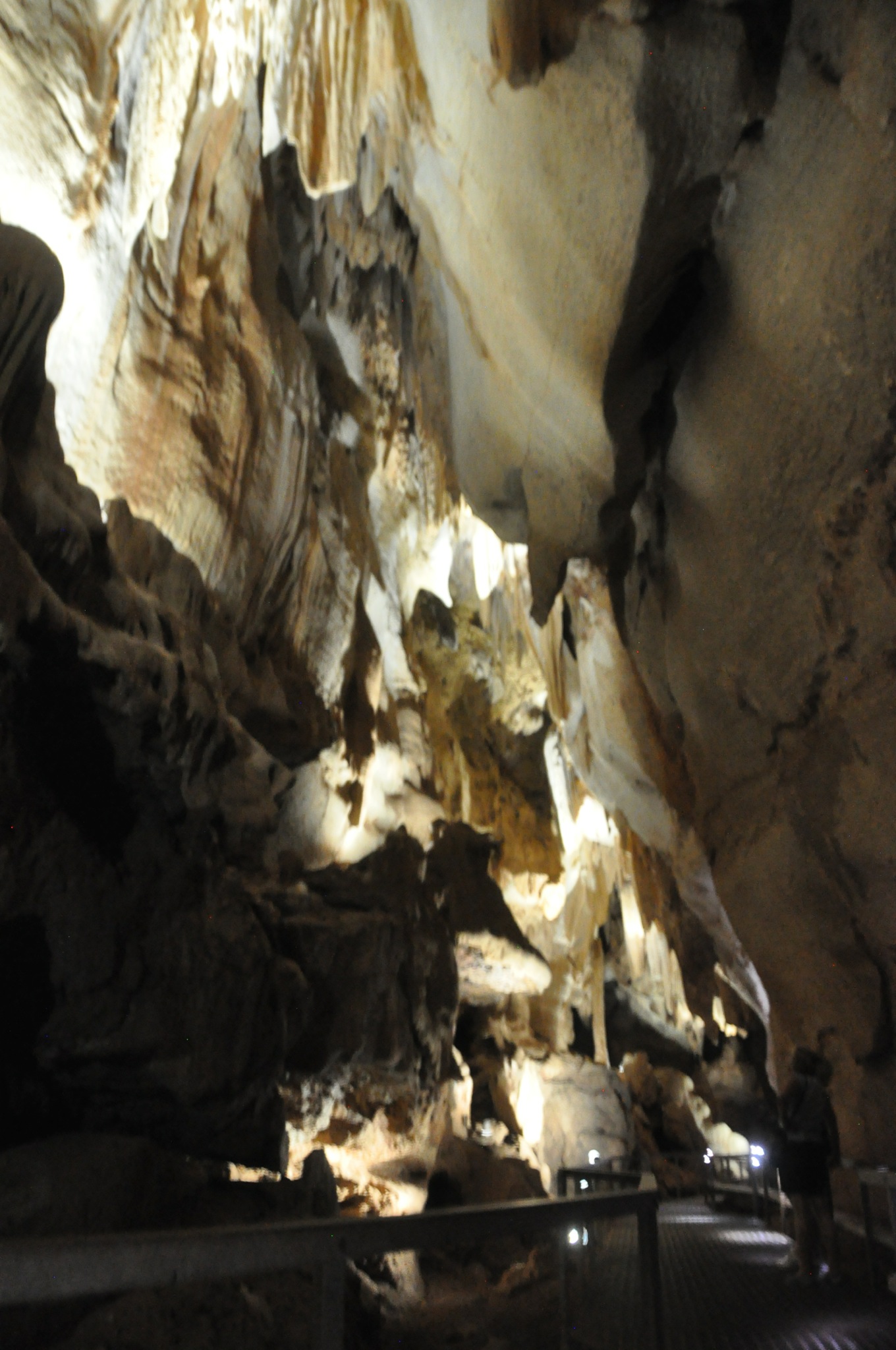 Cutta Cutta Caves just south of Katherine is worth a visit. Though it can be squeeze in spots. The bats had moved from Mataranka, obviously they’ve taken up residence at Katherine Gorge.  Very smelly. We did the two gorge tour along the Katherine River. And a not so scare Fresh Water Crocodile. The hot springs at the back of the Caravan Park are a great place to relax. The Ghan was in today, so we went up to the station for a look.  It was a little late because the rail south of Alice is blocked from an earlier derailment.  The supermarkets are starting to run out of some items as they’re normally brought up by train from Adelaide.

This entry was posted in Uncategorized. Bookmark the permalink.